2011, the year of rabbit is my baby niece’s first Chinese New Year. She is special to the family being the first great-grandchild and brought us loads of joy. Our Grandma became Great Grandmother, our Dad became Grandfather and of course, I became an aunt. All of us can’t stop playing with her and I can’t stop snapping pictures of her.

As usual, we checked into Ascott, Kuala Lumpur this year.

We went back to Malaysia a day before our reunion dinner so we didn’t have to rush and perhaps, beat the heavy traffic to KL? KLCC is within walking distance from our hotel. Thus, we indulged our senses at Spice of India for dinner the day we arrived. The services and food are great. The naan are fantastic and I love the Chicken Vindaloo – power!!

More of baby niece. She loves taking pictures. She poses for me sometimes and the way she looks into the camera, I tell you, it’s the making of a model-to-be!!

The reunion dinner we always have on the eve of Chinese New Year. This is probably the only chance I get to see and hang out with all my cousins, aunties and uncles. Menu is looking good with the BBQ Crispy Suckling Pig.

Played around with the camera after the dinner. Loving this mode, it’s nostalgic where it ages the photographs automatically.

It’s a tradition – battle of the two warriors, my Grandma and Dad. Every year, without fail, they will pay cards one-on-one. The rest of us are the “spectators” and Grandma is so cute. Apart from playing cards and mah jong, we catch up and gossip about almost everything. On top of all that, we eat. A lot!! 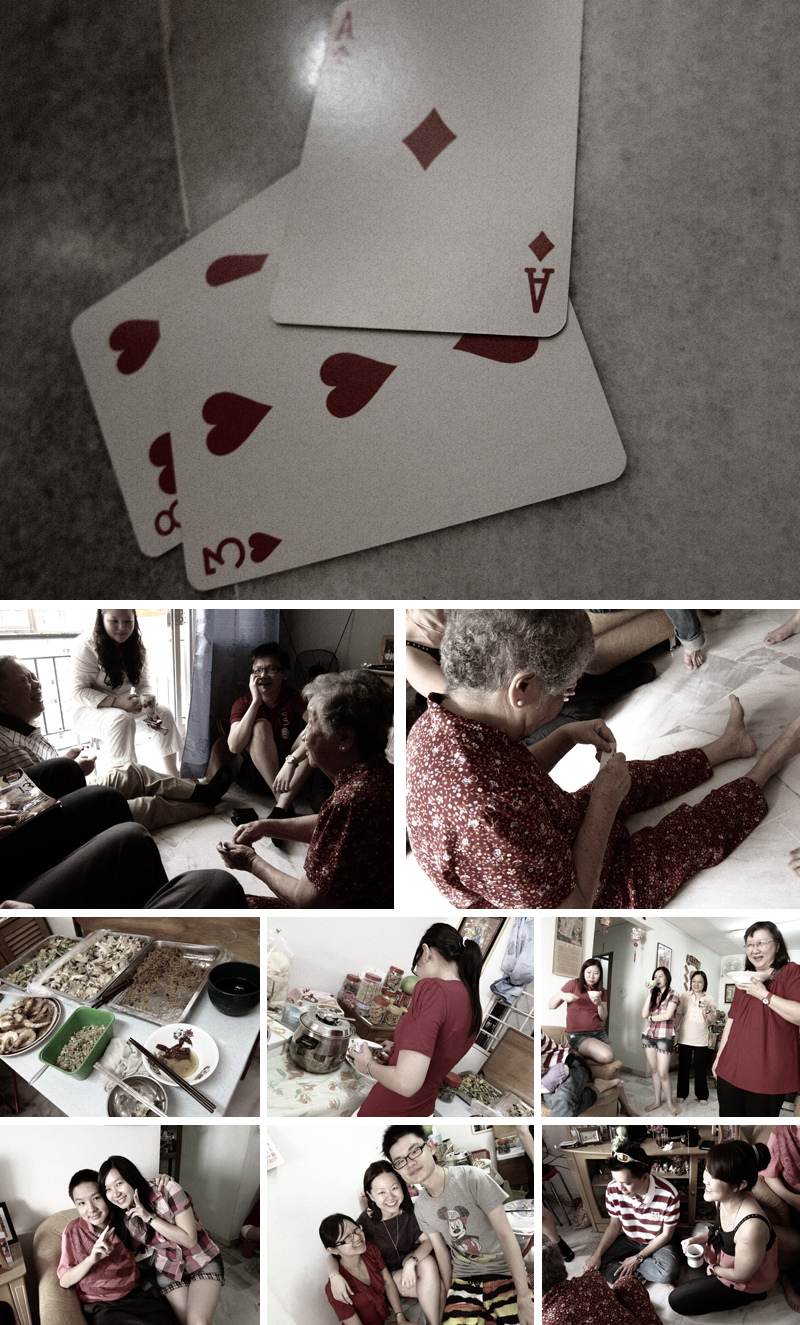 I accompanied Mak to his cousin’s house and we had a wicked game of UNO Stacko – which I didn’t have much luck in – I simply suck at it. Anyway, the twist is, the person whose last move causes the tower to collapse loses and the loser has got to get his/her feet drawn with a pen. It really tickles!!

Before the night ends, Mak demonstrated a trick he learnt from YouTube – “How to remove a cork from the bottle”. Google or search it on YouTube if you are interested. It works and it’s simple.

This entry pretty much concluded my Chinese New Year this year before I fell ill and stayed in the hotel for an entire day – alone watching DVDs.