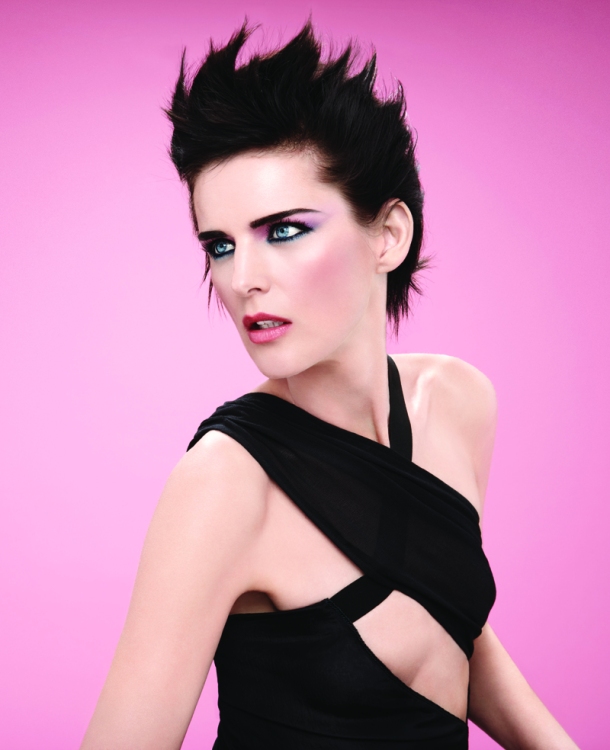 Fresh and fierce, strong and sexy: The Spring 2013 Collection introduces a vibrant, ‘90s-esque color palette that sets the tone for a season of audaciously feminine looks. Created by Founder and Creative Director François Nars, the color collection heralds spring’s arrival with shades ready to make a graphic statement. For the campaign, Nars chose to photograph iconic model Stella Tennant, renowned for her bold style and irreverent beauty. Tennant’s confident, almost cheeky attitude leaps through the lens for images that are at once personal and intense.

To achieve the makeup look in the campaign image, Stella’s skin was made even and perfected using Sheer Matte Foundation in Deauville and Concealer. Both were set with Light Reflecting Setting Powder before a light wash of Seduction Blush was applied to the cheekbones and blended toward the temples.

G-Spot Multiple was blended with the tip of a finger onto the eyelids and the inner corner of the eye. Next, Bouthan Duo Eyeshadow in the bright pink with gold shimmer shade was layered onto the lid and inner corner of the eye, while the brow bone was highlighted with the soft pink tulle shade. Then, the vivid cyan shade of Mad Mad World Duo Eyeshadow was softly smudged into the lower lashes, the color extending to the outer corner of the eye. The top and bottom lashes were heavily lined with Via Veneto Larger Than Life® Long-Wear Eyeliner and brows defined with Coconut Grove Single Eyeshadow. The eyes were finished with multiple coats of Larger Than Life Volumizing Mascara on top and bottom lashes.

A soft, rosy lip was created with Bianca Pure Sheer SPF Lip Treatment. A light coat of Dressed to Kill Lipstick — blended with a fingertip for a sheer finish — completed the look. 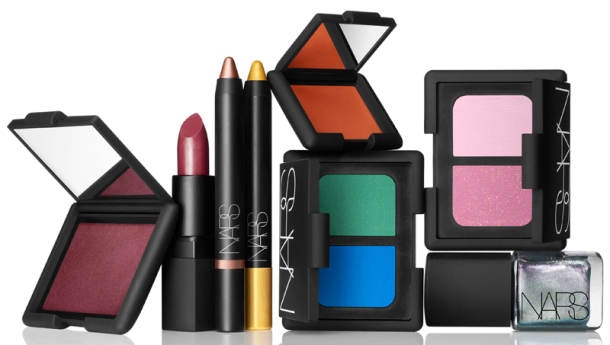 The collection is an ode to bold color and a modern woman — and, as always, purely NARS.

With the French name for Bhutan, the South Asian country wedged between China and India at the eastern end the Himalayas, this Duo Eyeshadow features a soft pink tulle and a bright pink with gold shimmer shade that can be applied wet or dry, alone or layered.

This vivid cyan and parakeet green Duo Eyeshadow is as wildly colorful as its namesake 1963 American comedy film. Wear each bold shade solo, or use one as a base and the other as a liner or accent — the combination is eye-popping and unexpected.

Burn baby burn! Hitting the dance floor is a must in this iridescent silver green nail polish, inspired by the Trammps 1976 song (and album of the same name). 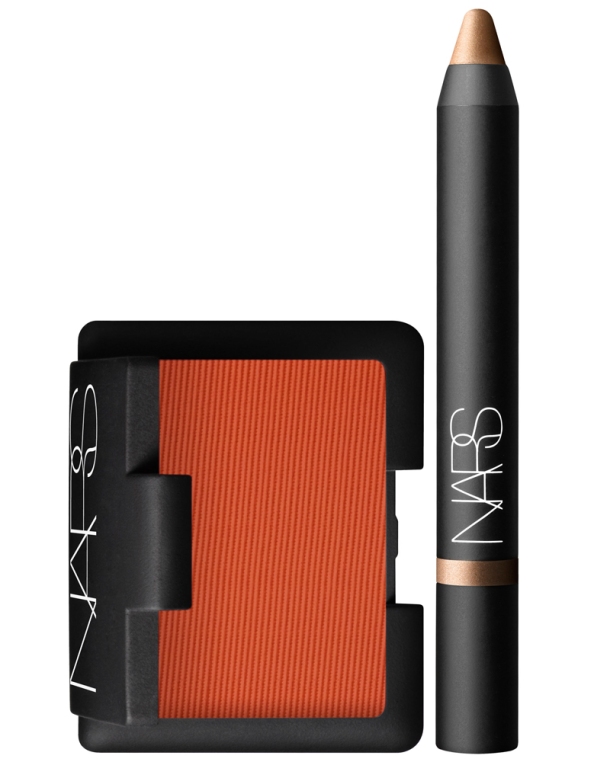 Named after the country now known as Iran, this matte, paprika-colored Eyeshadow evokes the history and culture of the empire that Cyrus the Great founded in the sixth century. Apply dry for a softer look or wet for a stronger effect.

This irresistible, soft metallic rose Velvet Gloss Lip Pencil is inspired by the Greek Aegean island located between the Peloponnese Peninsula and Crete that’s believed to be the birthplace of Venus, goddess of love.

This 24-karat gold Soft Touch Shadow Pencil gets its name from the mountain in central Rio de Janeiro that’s famous the world over for the 125-foot statue of “Christ the Redeemer” atop its peak. Use it as a base for layering with powder shadow, as a liner or accent, or to enhance color intensity. 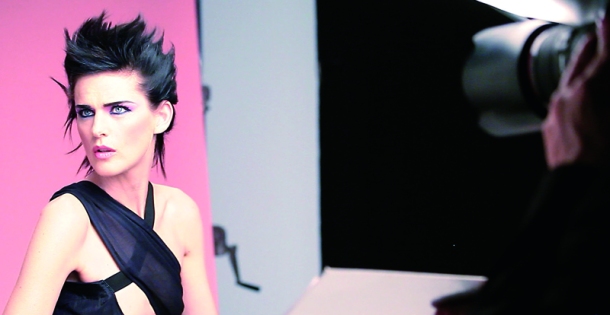 CAN YOU DESCRIBE THE SPRING 2013 COLOR PALETTE?

I think there’s something for everyone. The collection boasts a lot of fun color: pink, rose, fuchsia, an earthy copper, and some brighter shades like cyan blue and parakeet green. Depending on how you put them together, they can look very soft and fresh or bold and strong.

THE CAMPAIGN IMAGE HAS AN ALMOST NOSTALGIC FEEL TO IT. CAN YOU TALK ABOUT THAT?

The imagery for Spring 2013 continues the powerful, character-driven portraits that have become a signature of our campaigns, and this season we really wanted to play up the spirit of the 1990s with bold, graphic visuals. The brighter pinks mixed with the cyan blue reference the era, which was marked — both in beauty and fashion — by colors that really popped. Mixing those shades with a very light cheek and a stained lip, however, keeps the look fresh and modern.

SPEAKING OF MODEL STELLA TENNANT, WHY DID YOU CHOOSE HER AS THE FACE OF THE COLLECTION?

I’ve loved Stella since she began modeling in the ’90s. In fact, her unique look — short hair, angular features — really defines the era for me. Her look is unapologetically strong yet feminine — sentiments we try to capture in NARS makeup, which is why she seemed so right for this campaign.

WHAT ARE YOUR FAVORITE PRODUCTS OF THE SEASON?

I love the fuchsia rose color of Dressed to Kill and both shades of Bouthan. I also really like the combination of the colors in Mad Mad World — the palette really pops. On the opposite end, our Disco Inferno Nail Polish, even though it’s iridescent, almost works as a neutral; the silver green shade goes with everything.

This collection is readily available at TANGS, Orchard.