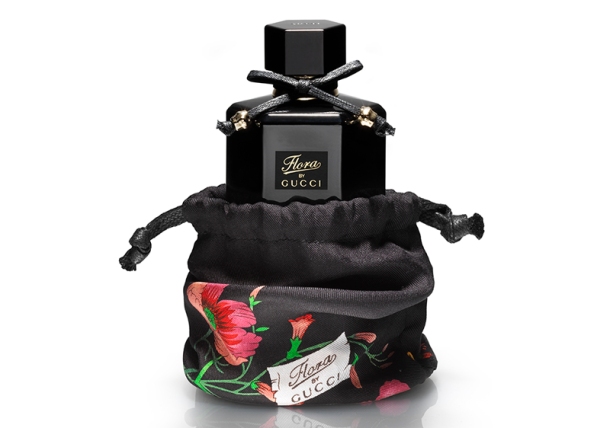 GUCCI FLORA 1966
A FRAGRANCE CELEBRATING THE BIRTH OF A LEGEND

This spring, Gucci is pleased to unveil an exclusive new scent from the family of Flora fragrances, inspired by the House’s iconic motif, created for Grace Kelly in 1966.

A bloom that flourishes from the purest white to the richest red makes for a truly romantic flower. In Imperial China the peony was celebrated as the queen of flowers, symbolising natural abundance.

This flower conveys a certain freshness, a spice, an intangible something that it is impossible to pin down: the scent of beauty itself.

“The year 1966 is a milestone in Gucci’s history as it marks the birth of the Flora motif. The fragrance, with its silken texture, will make every woman feel like a modern day icon.”

The flacon is a taller, statelier incarnation of the classic hexagonal Flora by Gucci bottle, here revisited in opaque black lacquer with gold print. Subtle details allow the Flora script logo to shine. The signature Gucci web stripe appears in golden guise, while the bottle’s bow is offset by gold bamboo beads.

The packaging features black satin paper offset by a velvet ribbon, the flacon presented on a velvet stand.

This bottle is housed in a luxurious black silk pouch featuring a particularly ravishing version of the Flora motif: a lavish profusion of plush pink peonies, alongside vivid yellows and greens. 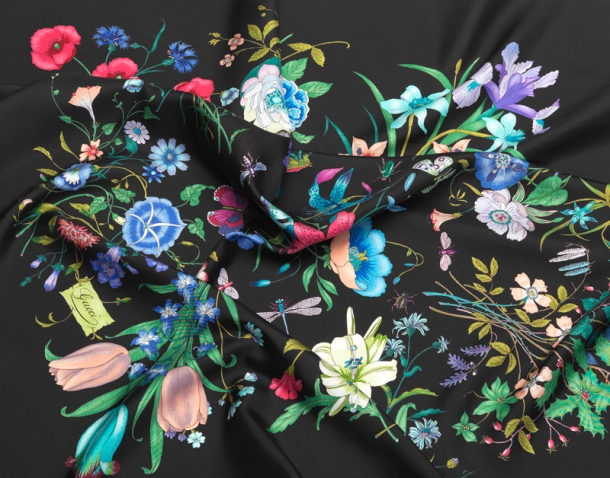 As with Flora by Gucci and the Flora Garden Collection, the inspiration for Flora 1966 originates in an iconic design from the Gucci archives, rediscovered by Giannini.

The story began in Milan in 1966, when Prince Rainier of Monaco brought his wife to the Gucci boutique. Rodolfo Gucci insisted that Princess Grace choose a gift to accompany the bamboo bag she had purchased. The Princess requested a scarf.

Rodolfo felt that the House lacked one sufficiently beautiful for the royal style icon and so he commissioned illustrator Vittorio Accornero to create the most beautiful print he could imagine. Accornero returned with his painting: the “Flora”, a sumptuous, multi-hued, flowered template destined to become a design classic.

Women fell in love with Flora: the motif spoke to their sense of beauty and femininity. Mothers shared their devotion with their daughters. One such daughter was Princess Caroline of Monaco who sported a blouse in her mother’s print. Another was a youthful Frida Giannini whose mother had been captivated by the pattern.

When Giannini revived Flora on printed canvas bags in summer 2005, a new generation succumbed to its charms.

In 2006 it appeared re-scaled, re-coloured and abstracted onto Forties-style print dresses, jewellery and evening bags. Now it has flourished to even greater heights in Flora by Gucci, The Flora Garden Collection and the luxurious Flora 1966 limited edition. 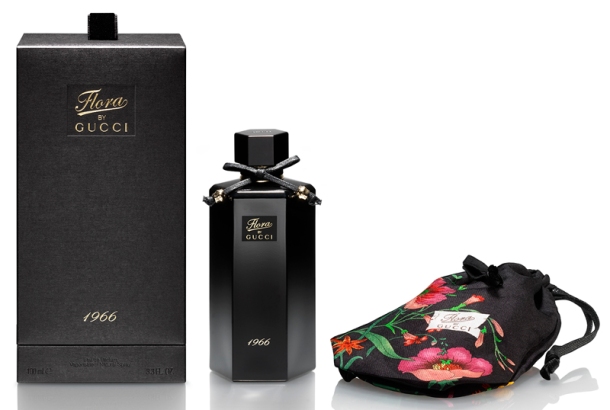 Availability of this most sophisticated Eau de Parfum will be limited to Gucci boutiques worldwide and Gucci fragrance counter at Takashimaya from mid-May 2013, priced S$293 for 100ml.